skip to main | skip to sidebar
Seeking tea-drinkers, pirates, and people who don't like Beyoncé...

I'm moving to Tumblr. Please visit me there.
Posted by Richard at 5:18 PM No comments: 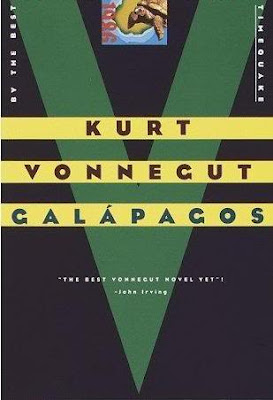 Posted by Richard at 5:49 PM No comments:

For no apparent reason, I was just remembering the following exchange that occurred between myself and a nightclub DJ while I was out at a rather trendy venue in New York in December 2009 - after I took my friend Andy up on a rather silly, but harmless, drunken dare:

Me: (as a dare) Excuse me - could you play Mariah Carey, All I Want For Christmas is You?
DJ: (not listening, or looking at me) I don't do requests.
Me: OK, that's quite rude.
DJ: (suddenly vicious; turning on me) Would you like it if someone came to your place of work and told you how to do your job?
Me: (aggressive; rising to the bait) No, because I'm not a fucking DJ!
DJ: Would you like me to get you thrown out? Because I can.
Me: (after thinking for a moment) OK, go ahead. It was free to get in, I've almost finished my drink, and I'm certainly not going to stay for the music.

Sadly he didn't follow through on this threat, but we left anyway. I realise you may well think this exchange makes me look rather aggressive and arrogant (in which case, we have probably met), but I'm strangely proud of it. Some blue touch paper within me is lit whenever I encounter what I consider to be genuine unabashed rudeness - which is actually a rarer occurrence than we might expect. What made me see red with that New York DJ was not his refusal to play the song I requested (I didn't actually want to hear it, after all), but his hostile dismissiveness, and the disingenuous way he tried to insist that asking a DJ to play a certain song was not a well-established cultural concept. He could have attacked me for being drunk and/or irritating (both of which would have been perfectly valid) but instead attempted to make a point of re-writing the history of accepted nightclub etiquette. I mean, declining requests is one thing (and perfectly justifiable), but do you think he gets that angry every time anyone attempts to make one? The man must be exhausted, because no matter how dedicated he is to his re-education campaign, he's never going to slow that tide.
Notice how quickly he gets so angry in this short exchange. His three contributions to the conversation represent the qualities: 'dismissive'; 'aggressive'; and 'threatening'. My four on the other hand represent the qualities: 'silly'; 'mildly indignant'; 'counter-aggressive' and 'smug' - not exactly a roll-call of honour, but in my defence: a) I started off friendly, and b) I was not the one operating in a professional capacity at the time.
But I think the thing that ultimately made me feel justified in this brief confrontation was my realisation at the end of it that I didn't care if he 'got me thrown out' - the place was lame, and after talking to him I now definitely wanted to leave. All of his power, and the reason he felt he could be so nasty and contemptuous, was invested in the idea that he had a high status - 'You want to be here, I am the DJ, I choose the records, don't fuck with me or I'll get you thrown out.' It was good old-fashioned bullying. How liberating it was for me (and how undermining for him) to realise that the Emperor had no clothes, and I had no desire to be a part of his miniature fiefdom.
Posted by Richard at 12:12 AM No comments:

Posted by Richard at 9:22 PM No comments:

Posted by Richard at 9:02 PM No comments: 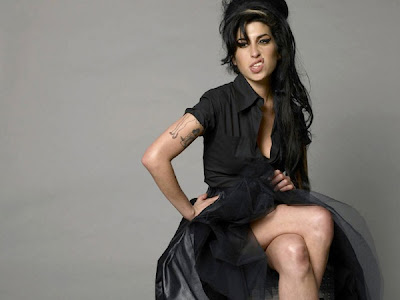 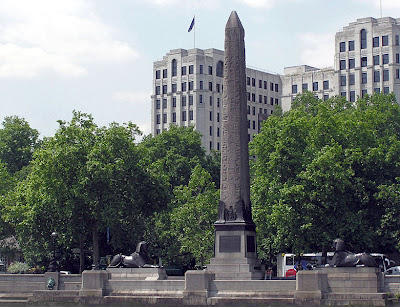 "On the erection of Cleopatra's needle in London in 1878, a time capsule was concealed in the front part of the pedestal. It contained: A set of 12 photographs of the best looking English women of the day, a box of hairpins, a box of cigars, several tobacco pipes, a set of imperial weights, a baby's bottle, some children's toys, a shilling razor, a hydraulic jack and some samples of the cable used in erection, a 3' bronze model of the monument, a complete set of British coins, a rupee, a portrait of Queen Victoria, a written history of the strange tale of the transport of the monument, plans on vellum, a translation of the inscriptions, copies of the bible in several languages, a copy of Whitaker's Almanack, a Bradshaw Railway Guide, a map of London and copies of 10 daily newspapers."
Posted by Richard at 4:29 PM 1 comment:

Trans-hemispherical lover of literature, disciple of Brian Wilson, and producer of television, live music & cabaret.
Voracious consumer of culture both high and low; a simple life made impossible by an unfortunate surfeit of opinions.

London born and country bred, I washed up on the shores of Sydney in 2008, and - like so many before me - made it my home.